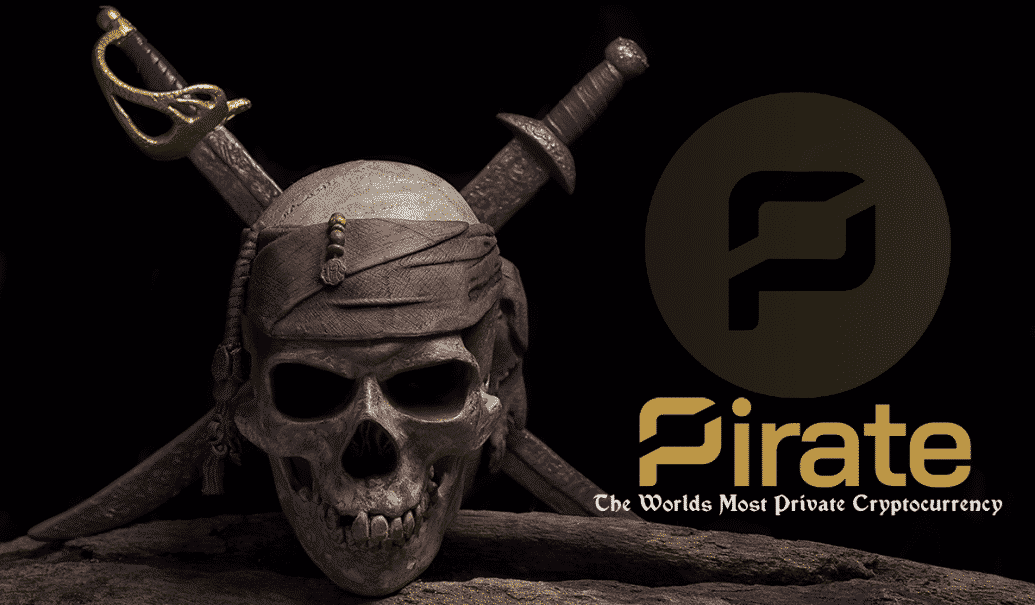 If you want to know more about Pirate chain :

To start the interview, could you please tell us a little bit more about your background and explain us the reasons why you came to work on the Pirate chain project ?

My name is Draeth, I’m a captain at Pirate Chain. My background includes over a decade of engineering in various fields, as well as owning several successful small businesses. I got into crypto about 5 years ago mining Litecoin, and I found Pirate Chain a couple months after it’s genesis block. I mined it at first, and then realizing the technology, team and potential behind it, I felt like this is something I wanted to be a part of. I then started doing anything I could to help support the project and over time, was promoted through the ranks all the way to Captain.

Can you explain the long story of Pirate chain, and the relationships with Komodo?

Developers over at Komodo were the ones who created Pirate Chain, and implemented the

delayed proof of work and more. A lot of Pirate Chain’s developments have come from

Komodo over the time that Pirate Chain has been around, and developers from Komodo

continue to this day to develop for Pirate Chain.

Can you explain the choice of DPOW with Komodo? does this have a cost for the
Pirate chain project?

Many altcoins choose to create their own algorithm or choose a robust ASICS
algorithm. Why, unlike them, have chosen Equihash (ASICS friendly) as the mining
algorithm?

To us, ASICs are an inevitability. They are more efficient in terms of power to hashrate andcreates stability due to the ease of purchasing ASICs these days. Trying to stay ASICresistant is a battle that will always be lost, because there will always be miners that are developed to get an advantage in terms of hashrate. A prime example of this is Monero, who is trying to stay ASIC resistant, but they have to change their algorithm every so often because ASICs end up being discovered on their network.

What are Pirate chain key features?

Can you explain the Sapling and its importance for the development of
Pirate chain?

You have relationships with Veruscoin and Turtlenetwork. Can you explain to us
the reasons for these partnerships and why you think these are projects that
deserve attention?

Our relationship with Veruscoin is such that we have assisted each other in development and marketing. The lead developer of Veruscoin, Mike T., was the one who implemented Sapling into Komodo, Pirate Chain and Veruscoin. Our relationship with Turtle Network is such that we are both members of the BPSAA and have assisted each other with development and being listed on Turtle Network’s dex. Being part of the BPSAA endows all members with a mindshare and a common dev pool, thus enriching Pirate Chain’s resources.

You have a strong community and a lot of talented developers. What are your
sources of funding today and what will be the economic model to allow Pirate chain to continue its own path?

Our current sources of funding include donations from Notary Nodes operated by Pirate Chain members, as well as community donations. Unlike other coins that levy taxes on mining rewards for dev fees, we elected not to tax our mining community. Instead, we are creating useful and marketable products to generate sustainable revenue streams for Pirate. For example, we are developing our own privacy-focused Point-of-Sale system, and a messaging service..

Have you planned another governance in the future, like Dash or Decred ? What
will be the role of the community in the future?

The role of the community is extremely important and will always be important to us. Our community helps us make decisions, is actively involved in marketing and is the key (like any other project) to successfully moving forward. Quite a few of our community members have stepped up and even helped out with development. Community members who contribute to the project are always recognized and promoted accordingly, and they will continue to have this role in the future.

How is the team organized today (nb of people, tasks repartition etc…)?

The team is organized into several roles. Captains, First Mates and Deckhands. The captains are the ones who give approval to decisions and help steer the project in the right direction. First Mates are made up of individuals who continually contribute, whether it be to marketing, development, writers, etc, and are some of the most trusted individuals on the team. Deckhands are make up of individuals who are big supporters of ours, help contribute every so often and have been recognized by the team.

When we speak of Pirate chain, many people are repelled by the name. Even if I
understand the philosophy and the history behind this name, don’t you think that
it will be necessary to evolve the brand in order to reach more audiences?

We have had many discussion about this, and every time we do, it always ends the same way: The majority of people who hear the name and look into our project, like the name. Often times, the loudest voices in the room are the negative voices, even if they are just a few. Pirates are all about personal freedom and privacy, and all of us at Pirate Chain are proud of the name. People used to say Google was a dumb name, but we all know what happened with them.

Our plans and objectives for 2020/2021 include creating a point of sale system, creating revenue streams so that we can continually fund the project’s development and marketing, creating anonymous messaging services, building our flagship operating system (GalleonOS), Integrating more of our products/services into the BPSAA and much, much more. (Roadmap below)

What is the next big thing for Pirate chain?

I would say the next big thing for Pirate Chain is our Mobile Wallet (which will be in open beta within a week) and SubAtomic swaps.

What is the goal of Pirate chain ? What are your strategic directions?

The goal of Pirate Chain is to give people their financial freedom back. Money nowadays is traceable (including Bitcoin and chains with optional privacy), and when you know you are being watched, you can never be free. It has been proven that people act differently and are not their true selves while under observation. Being able to purchase things with something untraceable like Pirate Chain without being forcefed ads on “things you might also like”, as well as having others see everything you purchase. Our strategic directions are marketing to online businesses, creating a point of sale system to roll out to physical stores, and marketing to those who take their privacy seriously.

If you were to compare yourself with other altcoins, which ones are closest to Piratechain intentions?

I think the closest altcoin to our intentions is Monero. We both take privacy very seriously and have private transaction only chains. The main difference between us is that zk-SNARKs, the privacy protocol that Pirate Chain uses, offers stronger privacy than Monero’s protocol.

Why is Pirate chain is superior/different to/from its competitors?

Pirate Chain is superior to it’s competitors because of being virtually 51% attack immune with dPoW, offeing fully shielded P2P transactions only, and building a variety of products and services to compliment itself. One other big difference is that we actually have plans to generate income, whereas others will always rely on their dev fee, which is unsustainable.

THANKS TO PIRATE CHAIN FOR TAKING THE TIME TO PARTICIPATE! I WILL BE FOLLOWING THIS PROJECT CLOSELY!

NOW, IF U ENJOYED THIS ARTICLE, PLEASE TAKE THE TIME TO LEAVE A COMMENT!

If you want to know more about Piratechain :

There were great buying opportunities today on lowcaps. lots of panic sales. @HathorNetwork (800 sat), @nyzochain (500 sat). I failed to catch Nyzo's bottom but i have low orders for several lowcaps. I still think the market is bullish for the end of the year so i buy the dips.
h J R
@CryptoRowenta01

@SecretsOfCrypto: I've experienced 2 full macro bear markets & I understand the fear of another one starting. I have no doubt we'll see another macro bear market but we're not there yet. IMO the bigger gains are still to come & those who panic sell now will miss another big leg up in the market.
h J R
@CryptoRowenta01

I continued to pack my bags today. #WOW at 600 sat. I bought #GRIN again and bought my first #HTR. I officially become an @HathorNetwork holder! Finally I still have low buy orders for Hathor and #NYZO. I really like panic on altcoins, they are often great opportunities. https://t.co/MDFJAQZ7kg 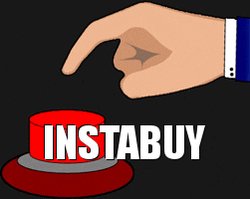 @AdamHODL: Today is Sunday the 20th of June. $HTR is trading at 39c, the market is in extreme panic. Everyone’s excited for the nano contract release in less than 10 days, and HathorSwap to follow. Hathor is still only traded on @kucoincom, no other T1’s @RemindMe_OfThis in 1 year https://t.co/iEqmQb1PWT 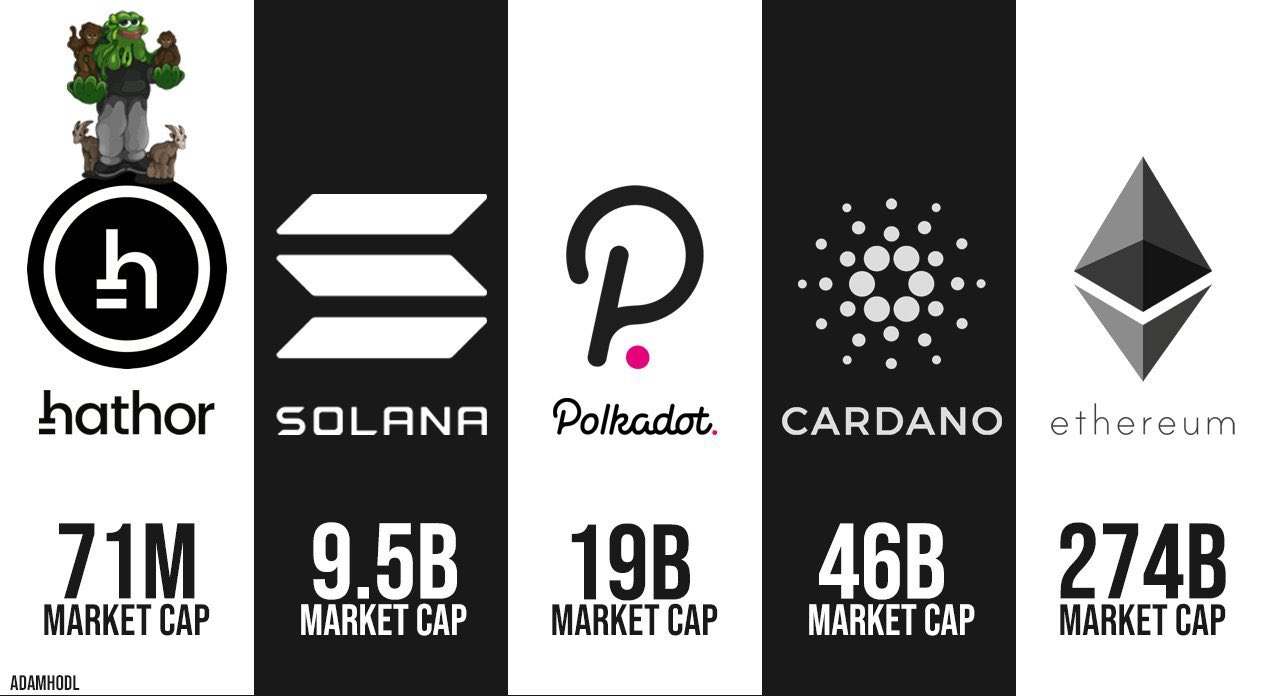